On the recent Forbes list of wealthiest Americans, five were from the Centennial State 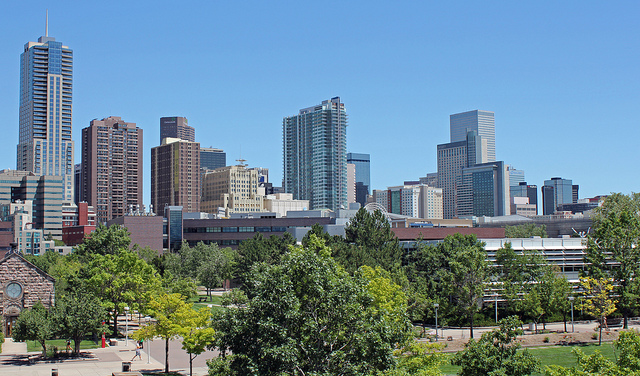 Not that you need more proof how awesome Colorado is, but the five people on the Forbes list prove it.

From “good for them” to “screw them” it runs the gamut.

Sure, there is debate over the nominees for the Academy Awards, Golden Globes, Grammys and Emmys.

But when it involves money, the passion is real.

Movies, TV shows and music are escapes from reality.

Money affects each of us. From how much we don’t have to how to scrape buy until the next paycheck shows up.

Money is what matters in our society.

Whether that is a good or bad state of affairs is for you to decide, but it’s the truth.

With that being said, every year around this time Forbes releases its richest Americans and wealthiest people in the world.

For now, let’s focus on the richest Americans. There is no sense to double-down on the emotions with both lists.

That got us to thinking: Who are the people on the list from Denver and Colorado? How many are on the list?

In total, there are five on the Forbes list who call Colorado home.

The wealthiest, according to Forbes, is Charles Ergen with Dish Network. He is No. 32 on the list. Ergen is worth $12.5 billion.

No. 38 on the list is longtime resident and businessman Philip Anschutz at $10.3 billion. He earned his money through investments.

No. 61 is John Malone in Elizabeth at $6.7 billion. He earned his wealth from cable TV.

No. 327 is Gary Magness at $1.7 billion. His money was earned though cable TV and investments.

No. 327 is Pat Stryker in Fort Collins at $1.7 billion. She earned her capital from medical equipment.

Other notable people who live in Colorado or have ties to the state.

Pat Bowlen, owner of the Denver Broncos who made his original wealth as an oilman in Wisconsin, has an estimated net worth of $1 billion.

E. Stanley Kroenke, owner of the Denver Nuggets, Colorado Avalanche and Colorado Rapids has a wealth of $5.6 billion. He’s No. 74 on the list of wealthiest Americans. Those teams play on Altitude Sports and Entertainment, a regional network he launched in 2004 that reaches 3.1 million homes. He also owns the St. Louis Rams and English soccer club Arsenal. Kroenke is the husband of Wal-Mart heiress Ann Walton. His residence is Missouri, which is why he’s not listed among the billionaires in Denver.

A search of Colorado Rockies owner Dick Monfort resulted in no results that show his new worth. Monfort was the son of Ken, who founded Monfort Meat Packing in Greeley and later sold it to ConAgra in the 1980s.

There you have it. Let the emotions run wild, be it “good for them” or “screw them.”