It’s almost football season, and while we’re not exactly sure how last season ended — we seem to have blocked out those memories — we do know that the Broncos enter this season poised to do some serious damage.

The core of the team returns. Peyton Manning is under center and all of his targets are back at receiver. The Broncos even bolstered their roster with some big draft picks and a few key signings this offseason, notably on defense.

There’s no better way to follow the action on the field than by keeping up with some of Denver’s local fan bloggers.

You get news and opinion from the fans’ perspective, and you get to interact with other hardcore supporters. Could a newspaper or TV station website do that? No way.

Here’s a look at some of our favorite NFL fan blogs.
<!–

The point of the fan blog isn’t just about news stories and opinion pieces. It’s a community, a gathering place for like-minded sports fans, like a sports bar on the internet.

Hardcore Orange gets it exactly right. Fans and readers are the heart and soul of the site, from its extensive collection of fans retelling their first Broncos experience to a thriving forum where readers get to chip in on pressing issues.

This blog also kills it on the editorial side, with longtime Colorado sportswriter Ian St. Clair providing detailed analysis on breaking Broncos news and feature coverage that has got us psyched about the start of this season. –> 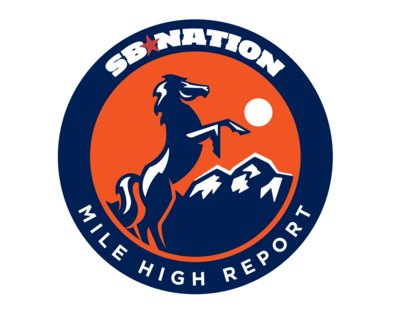 If you’re looking for comprehensive, Mile High Report is your destination.

Mile High Report is on SBNation, so it has resources galore. There are six on-staff writers and seven contributors. It includes a number of former writers from the BroncoTalk blog. That means there’s an almost nonstop flow of new information and photography coming across.

Want to share a hot take or an interesting story from last weekend’s game? You can really join in on the conversation with SBNation’s “fan shots” and “fan posts,” which allow readers to submit their own articles.

Wondering about the name? It’s taken from Denver’s 1977 blowout victory over Oakland, when the Broncos punctuated their sudden rise to national relevance with an emphatic win over their rivals.

As the clock wound down on the victory, Denver’s Tom Jackson approached then-Raiders coach John Madden and yelled those famous words.

IAOFM uses that same swagger in its blogs. It’s maintained by four former writers from Mile High Report, and they don’t pull any punches with their coverage of Broncos news.

It’s all 100 Proof takes here with none of the filler, great for readers who want to get straight to the good stuff without messing around.

It’s a part of the Fansided network, but don’t allow the affiliation with SI.com to fool you. Predominantly Orange is entirely fan-run and fan-operated.

They have eight staff writers on the roster right now, all from different walks of life and backgrounds, but united by their love for the Broncos. That makes for a constant stream of diverse Broncos news coming through.

They’re also always taking on new writers, so if you’re looking for an outlet for your Broncos passion, welcome home.