Will my house flood in Houston?

Will my house flood in Houston? 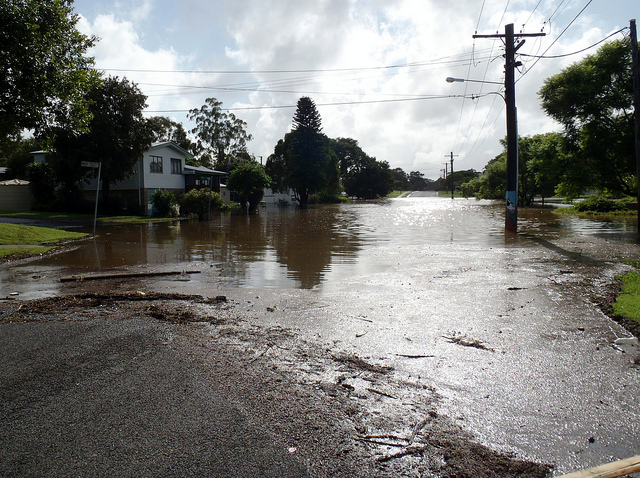 Insurance and flood damage in Houston

The damage alone is hard to handle, but it’s nothing compared to the anguish of discovering that your homeowner’s insurance policy doesn’t cover the flood.

We’ll explain which parts of Houston are more likely to flood, what you can do to lower your flood risk, and why getting flood insurance may be a good idea.

And if you don’t have flood insurance we’ll suggest another way you can recover from the flood.

Risk of flooding in Houston

Houston suffers more damage and property loss from floods than anywhere else in the U.S., according to flood loss data that reaches back to 1960.

More than 1,800 high-water rescues were executed during Houston’s 2016 flood, which caused an estimated $2.7 billion in losses.

According to the online tool Flood Factor,over 80,000 properties in Houston have more than a 26% chance of experiencing flood damage.

The frequent flooding should come as little surprise, considering that the city is set in a low-lying coastal area with poorly draining soils, heavy rainfall, and frequent storm surges.

As the city continues to expand, the risk of flooding will only get worse.

What they don’t want you to know about flood insurance.

Your homeowner’s insurance policy most likely doesn’t cover your dwelling, property, or belongings from a flood. To get additional protection, you’ll need a separate flood insurance policy.

If you live in a high-risk flood area and have a mortgage from a federally regulated or insured lender, you must have flood insurance.

For everyone else, it’s optional. But even if you do have flood insurance, it won’t protect the property outside your house, including fences, trees, or landscaping.

Can you wait to buy flood insurance?

Some Houston homeowners wait to buy flood insurance until after the flood watch is announced in your area. But that’s a bad plan.

Most flood insurance policies have a waiting period of 30 days before they take effect. So by the time a flood threatens your home, it’s probably too late to get insurance.

What about federal assistance?

Disaster assistance from the federal government is only available to victims of a declared disaster.

Even when the government declares a disaster, most victims qualify for a federal aid loan, not a grant. Eventually, victims have to repay their loans to the government with interest.

What areas of Houston flood?

Geographical data from Flood Factor suggests homes throughout Houston are at moderate to major risk of flooding. Homes in several nearby cities face even greater risk.

If you’re wondering, Does Sugar Land, TX flood? It does!

Sugar Land, League City, Galveston, and Port Arthur face extreme flood risks. So if you live in these communities, it’s time to get ready for the next major weather event.

After a flood, the long-term effects of water damage can cause hidden problems in your home for years to come.

You might have mold in the house from floods. Mold can spread fast after your home is saturated in water.

Touching or inhaling mold spores can cause respiratory illness, rashes, and other problems.

In addition, airborne mold spores can get into your ventilation system and travel throughout your home.

Because mold and mildew are toxic, they can trigger health problems, especially in children.

Rotted wood is another issue that can haunt you for years to come. Water-damaged wood loses much of its strength, leading to structural problems in the framing of your home.

Flooding can also damage your electrical system, leading to premature failure and even presenting a risk of fire.

The foundation can also suffer because of a flood. As the soil is eroded, it can cause the foundation to settle.

How much does it cost to repair flood damage?

Nationwide, homeowners spend between $1,000 and $4,000 to repair the average water damage incident.

Those incidents include everything from minor problems like burst pipes and leaking roofs to major flooding damage.

If your Houston home has been damaged by flooding, you might find the repair costs quickly spiraling out of control.

Instead of trying to fix all the hidden damage, you can sell your house for cash to We Buy Ugly Houses®.

We are a national network of independently owned and operated home buying franchises and we buy houses “as is.” Call 866-200-6475 to schedule a no-obligation consultation.

Floods are a risk every homeowner should be ready for. But even if you don’t live in a flood zone, your Houston home could still flood.

Unfortunately, one in five flood insurance claims occur in a low-risk area.