Posted in San Antonio Living on May 28

High school football is here, and you don’t need to have a kid in the band to spend a Friday evening in the cool fall air.

It’s a great way to get out and support the kids in your community. They bust their humps all summer and throughout the fall to prepare for football season, and this — under those fabled Friday night lights — is their time to shine.

Add in the fact that San Antonio is fertile ground for college football recruiters. The kids you see on the field now might be playing in bowl games a few years from now, and then a few years after that, some might even be playing for a paycheck.

Few journalists have been around San Antonio area sports as long as Kens5’s David Flores, and it shows. The longtime reporter and columnist produces some terrific reporting really delving into the personalities and spirit behind high school athletics in the Alamo City.

Flores knows San Antonio sports inside and out. His long-form feature writing is something you rarely see in high school reporting anymore, and he does a terrific job bringing San Antonio area sports to life.

To find some of the best high school football in the area, you’ll have to head north to Smithson Valley, where coach Larry Hill has created a perennial playoff contender in the Hill Country.

A game at Smithson Valley is an experience to behold — now that the Chile Bowl is gone, it’s probably the best chance of watching vintage Texas high school football in the area — and the Rangers now have the media presence to go along with it. This blog is actually a video blog, hosted by none other than Hill himself.

The weekly Smithson Valley Rangers Coaches Show delves into game film from the previous game and previews the upcoming contest. 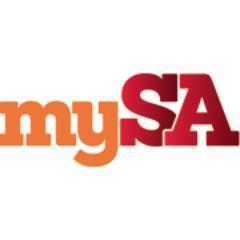 They bring the kind of coverage you can only get from writers who have been in the area for years and know the place like the backs of their hands. And from time to time, they post a throwback photo worth checking out.