San Antonio has been blessed with very mild winters. The transition between fall and winter is typically more gentle than any other city in Texas, even when the city experiences “extremes.” San Antonio has an average of 220 days of sunshine. For San Antonio’s humid and subtropical climate, summers are more of an issue than winters. San Antonio experiences 33 inches of rain per year and is mostly during the spring and fall months. During the winter, the nights can cool down, but even in January the temperature rarely drops below 40 degrees. Living in San Antonio means you will rarely have a chance to build a snowman, or make snow angels, but it also means that you will rarely have to worry about scraping off your car or sliding on ice. The average temperature in San Antonio is 69 degrees which is why it is considered such a comfortable place to live, despite the humid summers. The weather in San Antonio has only differed a total of 111 degrees. This is even more mild than other areas of Texas where the difference between the highest and lowest temperatures is 143 degrees. There have only been 31 recorded cases of snow in San Antonio over the last 122 years. San Antonio can sometimes experience some sort of snowfall, sleet or freezing rain about every 2 or 3 years.  Here are some cases where the winter weather was a little unpredictable.

The coldest day ever recorded in San Antonio was Tuesday, January 31, 1949. The low for that day was -4 degrees. On average, January is the coldest month for San Antonio. The river is drained around the first week in January. While most cities would see this as a slow time of year, San Antonio sees it as an opportunity for a party. During this time, the city of San Antonio has their annual River Walk Mud Festival.

Most Snowfall in San Antonio

The record for snowfall in San Antonio was between January 12 and 13th 1985. The city received 13.5 inches of snow which lasted almost a full day. While this kind of snowfall can be dangerous to a heavy populated city that is not accustomed to it, photos from the snowfall indicate that San Antonio residents considered it another reason to celebrate. MySanAntonio.com  has a incredible selection of photos from that storm showing residents sledding, having snowball fights, building snowmen and even skiing down a local hill.

The last time it snowed in San Antonio was Friday, January 4th 2011. While the snowfall was only about a half an inch, there was a layer of ice underneath, causing terrible driving conditions. All of the major highways were closed and the incident caused about 500 car crashes. Most schools and businesses were closed. Anyone who stayed off the dangerous roads got to enjoy a snow day and many people could be seen sledding down a hill with cardboard or anything they could find.

While San Antonio may be predictable in weather patterns, every once in a while, we are fortunate enough to enjoy all of the winter activities without the constant cold and dangerous driving conditions in other areas. No matter what the conditions are, one thing is for sure, San Antonio residents know how to make the most out of what they have. 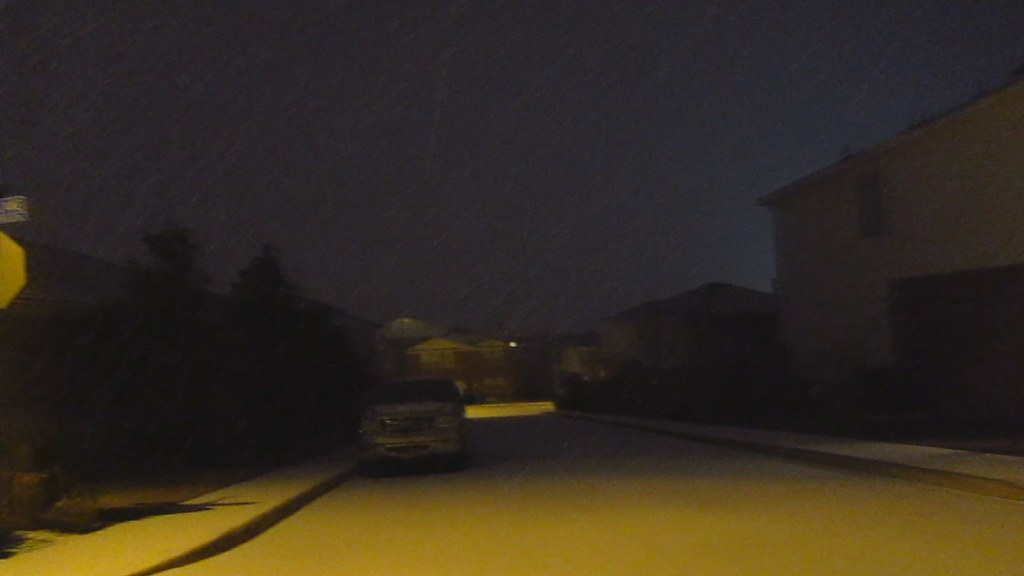