Stop My Foreclosure in California!

Save Your California Home From The Bank

We can help you stop your foreclosure. Call We Buy Ugly Houses® and ask how to sell your home and maybe get cash to pay back the bank. We buy houses in California with cash. Our local, independently owned, and operated homebuyers can make you a fast cash offer for your house and help you get out of foreclosure.

Your house has value! Homes are in short supply in California, and home values are rising. This is a unique opportunity. So take advantage of the seller’s market to cash in on the equity in your house. After you pay your mortgage, there could be cash leftover from the sale that you can keep. Our local homebuyers can talk you through the process. So get cash for your house and avoid losing it at auction.

The We Buy Ugly Houses® franchise is America’s #1 Homebuyer. Homeowners have trusted us since 1996 to buy their houses for cash. We often help sellers who can’t turn to the traditional real estate market.

Foreclosures happen fast. If you’re going to sell your house to avoid an auction, you need to close fast. We Buy Ugly Houses® can make cash offers shortly after our no-obligation home visits. So we can close quickly, in as little as three weeks or later, on your schedule.

Fill out our First Step form to stop your foreclosure in California, or call 866-200-6475 to schedule a home visit.

Nothing Is Decided Yet

You still have a chance to come out ahead. Home values are sky-high right now, and our buyers purchase homes fast despite the high prices. So if you need to sell your house to stop your foreclosure, you couldn’t ask for much better conditions.

A foreclosure will hurt your credit badly, and you’ll have nothing when the dust settles. But you have a chance to turn the tables. A home with high equity is valuable, even if you are behind on your mortgage. So sell your house, cash in on your equity, and pay back your debt. You might even be able to walk away from the deal with cash leftover.

Most homeowners in California and the rest of the United States have positive equity in their homes right now. That’s according to the business intelligence fast CoreLogic. Real estate experts say increased home values will make it easier for some homeowners who are upside-down in their mortgages to sell their houses and cut their losses.

There’s a way out that doesn’t involve bankruptcy or damaging your credit!

Call 866-200-6475 to schedule a no-obligation home visit or Fill out our First Step form. We can make you a cash offer and help you stop your foreclosure before it’s too late.

What if I don’t have equity in my house? What if I am upside-down on my mortgage?

Contact our local property buyers and ask about your specific situation. It may be difficult to buy your home if your home value is lower than your mortgage. Still, many markets are seeing skyrocketing home values. A higher value may close the gap between your equity and debt.

Stay in your home for as long as possible and act now!

Our local home buyers are experts in your market and can quickly provide you answers about market conditions, the home buying process, and what homes they are willing to buy. Contact us today and get answers!

Sell My Home For Cash! 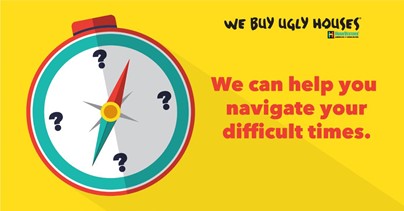 There Are Two Types of Foreclosures In California

Judicial Foreclosure – To start a judicial foreclosure, a lender must file a lawsuit asking the court’s permission to sell your house to recover the balance on your home loan. If the court approves the petition, your home will be auctioned off to the highest bidder.

Judicial foreclosures are rare in California. The process takes more time and money, and the homeowner has the option to repurchase their home one year after it is sold at auction. The buyback option is not part of the deal in a non-judicial foreclosure.

Non-judicial Foreclosure – To be eligible for a non-judicial foreclosure, your deed of trust must include a power-of-sale clause that gives the lender power to sell your home to pay off the balance on your mortgage.

If you’re in pre-foreclosure, check your deed to see if you have a power-of-sale clause! Most lenders prefer non-judicial foreclosures because they end much faster. Following this route will give you less time to get out of foreclosure, and again, you won’t have the option to buy back your home a year after the sale.

Here’s How Most Foreclosures Play Out

Stop A  Foreclosure In Bakersfield

Let’s get you out of this! Unfortunately, you’re short on time, but we have a way to stop your foreclosure.

We have local market experts in Bakersfield who are ready to buy your house for cash. So don’t let stress and uncertainty get in your way. You have options, and we’re here to help.

You have the opportunity to sell your house fast and pay off your debt.

Fill out our First Step form or call 866-200-6475 to stop your foreclosure in Bakersfield!

Stop A Foreclosure In the Bay Area

We know you never imagined you’d be facing foreclosure. You’re not alone. Thousands of Americans are in the same position, but you have a way out. Foreclosure is bad, but it’s not the end of the road. You can sell your house to one of our local homebuyers for cash.

We can close fast, in as little as three weeks or later, on your schedule and even pay typical closing costs. Use the cash to pay back the bank and get out of foreclosure.

Being confused is OK. This isn’t your wheelhouse, but it is ours.

Our local homebuyers are waiting to help you stop your foreclosure in the Bay Area. Fill out our First Step form or call 866-200-6475.

Stop A Foreclosure In Fresno

You don’t have to lose your house, but you’re going to have to act fast. Foreclosures happen quickly, and you only have a small window of opportunity to stop them.

Your house has value. We have independent homebuyers in Fresno who are willing to pay cash for your house. So get back the equity in your home and pay off your mortgage.

Our local buyers can schedule a house visit, in person or virtual, to evaluate your home and make you a cash offer.

Stop A Foreclosure In Los Angeles

This may be your way out of foreclosure! Your house has value, and we can buy it fast with cash. The equity in your home could pay your mortgage and leave you with cash leftover.

You have the opportunity to sell your house and stop your house from selling at auction. Our local homebuyers can pay cash and answer your questions about our proven process.

Protect your credit and pay your lender.

Stop A Foreclosure In Orange County

You have a house with value, and we have local, independent homebuyers who can pay cash. Let us show you a possible way out of foreclosure.

Our local homebuyers can buy your house fast “as-is,” and you can use the money to pay your debt.

If you’ve decided to sell your house, you’re going to want a buyer who can close fast. Foreclosures happen quickly, and the countdown has started. We can close fast, in as little as three weeks or later, on your schedule.

Cut through the red tape. You have the opportunity to sell your house and get out of foreclosure.

Stop A Foreclosure In Riverside

There’s still time to pay the bank. We may be able to buy your house for cash fast before your home is sold at auction. Ask one of our local homebuyers about our proven process.

We can visit your home in person or virtually and make a cash offer fast. We even pay typical closing costs. This is a tough time, we understand. But, our local experts can make your home sale easy.

Fill out our First Step form or call 866-200-6475 to learn how to stop your foreclosure in Riverside.

Stop A Foreclosure In San Diego

Helping you end your foreclosure starts now. We have local homebuyers ready to walk you through our fast home buying process. There aren’t many practical options that might get you out of foreclosure.

If you sell your house now, you might be able to cash in on a seller’s real estate market and pay off your mortgage. The bank doesn’t care how you pay; they just want the debt settled.

Call 866-200-6475 now or fill out our First Step form to learn how you can take advantage of the opportunity to stop your foreclosure in San Diego.

Sell your house before it is foreclosed!